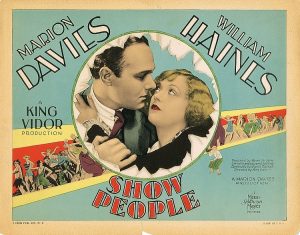 If “millennials don’t really care about classic movies,” as the New York Post proclaimed last year, there are many young people who most assuredly do. Meeting and chatting with them is one of the unheralded pleasures of the TCM Classic Film Festival, which returns to Hollywood Apr. 26-29. Like it or not they are the future of our film heritage, and I thoroughly enjoy witnessing their discovery of movies older than themselves and engaging in conversation with them about it.

As usual, the programming offers an embarrassment of riches, including a 90th anniversary screening of director King Vidor’s silent “Show People” (1928) starring Marion Davies, with New York-based accompanist Ben Model providing the soundtrack; several Pre-Code films, including the risqué “Girls About Town” (1931) with Kay Francis and Lilyan Tashman, and a restoration of the long lost “I Take This Woman” (1931), starring Carole Lombard and Gary Cooper; and a pair of 1940 Rosalind Russell comedies, Howard Hawks’ hysterically funny “His Girl Friday,” which memorably co-starred her with Cary Grant, and the forgotten “This Thing Called Love” with Melvyn Douglas.

Actress Marsha Hunt, who celebrates her 100th birthday this year, will be feted with a showing of her favorite film, “None Shall Escape” (1944), which prophetically anticipated the Nuremberg Trials by a year. Ground-breaking actress-director Ida Lupino’s centennial will be marked by a screening of “Outrage” (1950), her pioneering look at sexual harassment and rape. 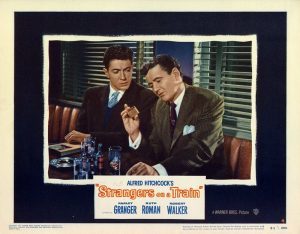 Alfred Hitchcock will be doubly honored with screenings of “Spellbound” (1945), with its Surrealist dream sequences designed by Salvador Dalí; and “Strangers On A Train” (1951), my personal favorite of the director’s work. Akira Kurosawa will be represented by his adaptation of “Macbeth,” the 1957 “Throne Of Blood,” arguably the best film ever based on the works of William Shakespeare.

Special presentations include An Invisible History: Trailblazing Women of Animation, featuring a panel of artists who worked on such classics as “Snow White and the Seven Dwarfs,” “Fantasia” and more recent films; home movies from Hollywood Golden Age, including footage of Marilyn Monroe on location, George and Ira Gershwin at home, and Carmen Miranda’s wardrobe tests; and a special edition of the Library of Congress’ film identification workshop Mostly Lost, together with a program on how silent film comedians used camera trickery presented by Ben Model.