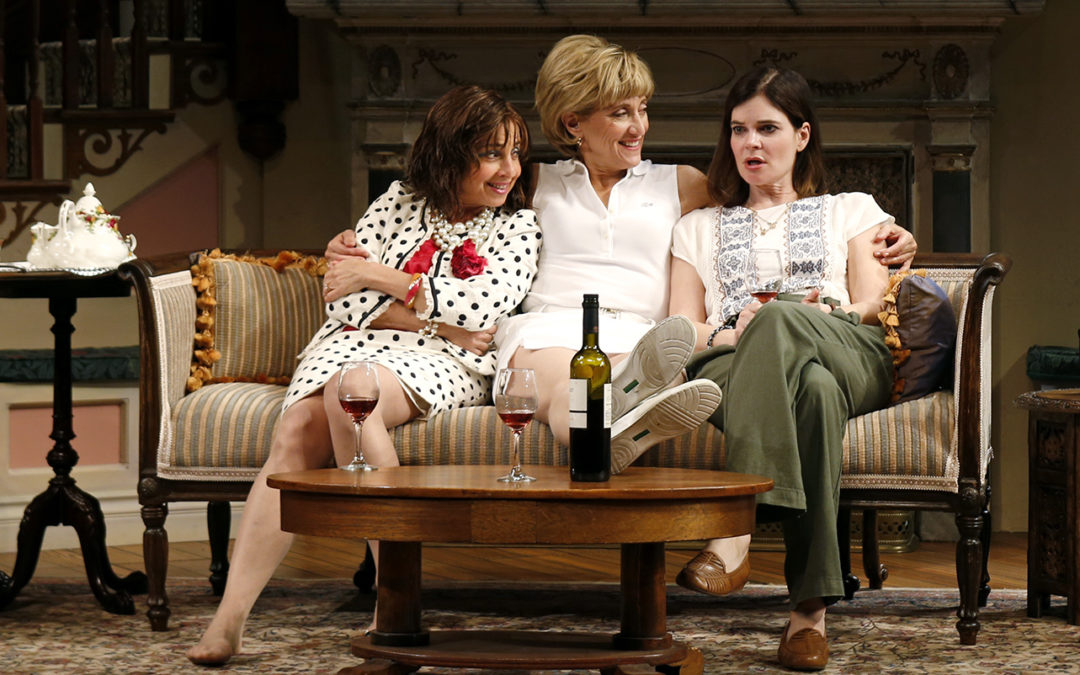 Since Wendy Wasserstein’s untimely passing in 2006 her plays have not been widely produced, at least in this neck of the woods, making South Coast Repertory’s revival of “The Sisters Rosensweig” (running in Costa Mesa through Jun. 2) something of an occasion. It’s a stellar production at that, with all the polish and panache one would expect from SCR.

With lines like “Don’t waste your time rebelling against Mom when she’s not here to enjoy it,” this play is considerably more fun than Chekhov’s “Three Sisters,” to which it owes something simply by virtue of focusing on a trio of female siblings. But anyone expecting anything resembling a brooding drama will be more than a little surprised; the proceedings seem to have been influenced more by the likes of Kaufman and Hart’s “You Can’t Take It With You,” with more than one character doing exactly what they please, regardless of consequences.

The cast—including Amy Aquino as oldest sister Sara, Matthew Arkin as an unexpected presence in her life, Emily James as her daughter, Betsy Brandt as youngest sister Pfeni and Bill Brochtrup as her beau—is uniformly outstanding. But Eleanor Reissa largely steals the show as wild, flamboyant middle sister Gorgeous, lighting up the room on her first entrance and delighting the audience with her every move. Casey Stangl’s zesty direction, John Iacovelli’s scenic design and Jeff Polunas’ sound design notably enhance the production.

Like a flower blooming unexpectedly in the desert, something wonderful is quietly taking place at the Garage Theatre in Long Beach. Panndora Productions is offering the world premiere of Bob Valine’s “Jupiter Moon” (running through Jun. 3) and those who complain about the lack of originality in theatre these days—rightly so for the most part—will not want to miss it.

The play, well-described as “a mystic romance in two acts,” opens hilariously with a scene to which many can relate—a middle-aged man named Tom trying to rent a room in a house and meeting its odd inhabitants: Dorothy, who describes herself as “a coffee-making cuckoo clock;” her son Jeff, who wants to go to Jupiter; and her sex-obsessed teenaged daughter, Debbie.

Karen Wray’s charming but addled Dorothy and Colleen McCandless’s forthright Debbie stand out within the first-rate cast. Sonja Berggren directs with a delicate touch that matches the material, while Yuri Okahana’s clever scenic design is similarly a perfect fit. Panndora has done a lot with very little; the only flaw is the intermission, which breaks the mood carefully constructed in the first act for no apparent reason.

Hot tip: The paintings of Eyvind Earle, who was far more versatile than his efforts for Disney might indicate, are on exhibit at the Hilbert Museum of California Art at Chapman University in Orange through Oct. 13.